Read the fourth and final instalment of Paul’s account of his #EOY journey.

The final day of the retreat was certainly a lot less business and a lot more pleasure. Our day started with a relaxing cruise along the stunning Hong Kong shore lines (pictured above) where we got a tour of the port which ships 19.5 million containers annually, then on to one of the world’s largest racecourses, Happy Valley, which revenues €25 billion annually. There we met with 2 Irish jockeys that have made their careers racing in Hong Kong and they explained the professional level they have reached by basing themselves at the Happy Valley course and not travelling daily as they would have to in Ireland or the UK, also making $2m dollars annually helps!

The EOY retreat to Hong Kong and Shenzhen was not only an honour but extremely gratifying. Whilst hard work, it was great to meet and create good friendships with like minded business leaders and CEO’s. I have formed a good working relationship with Matt Ryan ( Press Up Entertainment – Oakmount Developments) and Patrick Derry (DIT (NI) Ltd) we’re hoping to do some business together.

I have also entered the equestrian world with Laurence and purchased a horse that will be called Modular Magic, hopefully he will be as good as Laurence tells me!  After this trip, I only feel more motivated and privileged to be a part of the final judging on the 12th September and then at the awards ceremony on the 21st November.  I think I speak on behalf of all the finalists when I say that win or lose, we have all certainly gained from this trip. I look forward to joining the Alumni panel and sharing my experiences with others.

Whether it was the impressive cuisine or accommodation (did I mention the LFC billboard view I had from my bedroom window?) or the new experiences and contacts made from this amazing opportunity; the EOY Hong Kong Retreat was second to none. 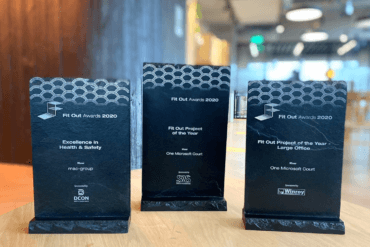 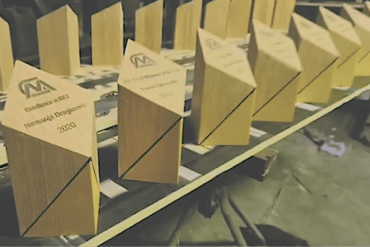