Setting the Benchmark for Construction Excellence

The Chartered Institute of Building (CIOB) have promoted the practice of building and construction for the benefit of society since 1834. It works worldwide in the development, conservation and improvement of the built environment. On the 20th June, three of mac’s project managers were shortlisted in the final of the Construction Manager of the Year Awards which were held by the CIOB in Croke Park. The CIOB awards are unique in that they are not driven by profit, but rather to set the benchmark for construction excellence. Being nominated alone for one of these awards is an immense honour as it recognises people in the construction industry and their high achievements, and in turn, boosts their reputation in the wider industry.

The presentation of the awards was kept entertaining and light-hearted as each nominee received their own roasting by the host, Mario Rosenstock. Gary was compared to his buildings as the host described his face to be “chiselled out of pure granite.” However, Mario didn’t stop there, he was so impressed with Gary’s appearance that he stated: “With a face like that, if he doesn’t score in Croke Park, nobody will.” Whereas Alan and Ronan were commented on their ‘competitive’ casual attire worn in their headshots. Mario described Ronan as “too cool to wear a tie” because he isn’t “square like all those other bastards.” Not only does Alan’s headshot show him with “no tie or no jacket” but the host was surprised to see him wearing a shirt at all, as he believes that Alan is “the only man who works in construction with an eight pack.” A lot was learned about the various nominees, including how mac seems to be one of the only companies to have black and white headshots!

It was an extremely successful night as two out of the three mac finalists, Ronan McGrath and Gary O’Sullivan won in their respective categories. Gary thanked his fellow colleagues at mac in his acceptance speech and expressed his gratitude to the CIOB for this honourable recognition:

“At the end of 2018 I set myself a goal to achieve MCIOB status by the end of 2019. When the opportunity arose to compete in the CMYA I knew that this would be the catalyst to propel me to achieving my goal.

Construction is a team event and not just about one person in the process. I am indebted to my team for working so diligently with me during the Baldonnell project and thereby enabling me to win the Silver award. With a career spanning two decades, I am honoured to have been recognised for my contribution to Construction by the Chartered Institute of Builders and I would encourage everybody working in construction management to apply for CMYA next year.”

Overall, mac-group won two out of the nine awards presented on the night! This was a great success considering the impressive competition and other notable attendees, such as the overall winner of the night, Alan Barnes of Collen Construction.

Being recognised by the CIOB; a true arbiter and judge of construction excellence, was a privilege, and their extremely well-run event was an honour to attend alongside other construction giants and worthy adversaries. mac are extremely proud of all three of our nominated project managers and we feel confident that we will continue to exceed expectations in to the future. 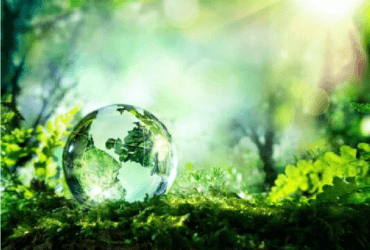 At mac-group we understand the importance of sustainable soil management and are...

Growth Expected Across Key Markets and…

We recently announced that we have a forward order book in excess...

Are you ready to bring your career to the next level?

Positions Available
We use cookies on our website to give you the most relevant experience by remembering your preferences and repeat visits. By clicking “Accept”, you consent to the use of ALL the cookies. However you may visit Cookie Settings to provide a controlled consent.
Cookie settings REJECTACCEPTACCEPT ALL
Manage consent

Necessary Always Enabled
Necessary cookies are absolutely essential for the website to function properly. These cookies ensure basic functionalities and security features of the website, anonymously.
Functional
Functional cookies help to perform certain functionalities like sharing the content of the website on social media platforms, collect feedbacks, and other third-party features.
Performance
Performance cookies are used to understand and analyze the key performance indexes of the website which helps in delivering a better user experience for the visitors.
Analytics
Analytical cookies are used to understand how visitors interact with the website. These cookies help provide information on metrics the number of visitors, bounce rate, traffic source, etc.
Advertisement
Advertisement cookies are used to provide visitors with relevant ads and marketing campaigns. These cookies track visitors across websites and collect information to provide customized ads.
Others
Other uncategorized cookies are those that are being analyzed and have not been classified into a category as yet.
Powered by