Winners of the Irish News' 'Employer of the Future' Award

So, it was a titanic night for mac when we attended the Irish News Awards recently in the iconic Titanic Belfast.  Happily, we did not suffer from the same ill fate as the ocean liner and rather than sink from view we walked away victorious.  The Irish comedian and actor Tim McGarry was MC for the evening and chatted and posed for selfies with the mac team at the drinks reception. Yes, there may have been one or two gins and maybe the odd Guinness downed -well, it would be rude not to!  We were entertained by two Tim’s on the night; Tim Dorsett, Events and Internal Communications Manager from Innocent Drinks who told us his sole purpose is to make everyone happy at work. Now, we all know how difficult that can be but to be fair to Tim he kept us all cheerful with his ’innocent’ anecdotes, whilst the wickedly humorous Tim McGarry regaled us all with his political satire. The quips were fast and furious from the MC and by the time he announced mac-group as winners of Employer for the Future he happily declared “I know these people!”  ‘We Built this City on Rock and Roll’!  A nice touch I thought and a clear nod to our construction business as this 80’s tune blasted out across the room and I climbed the iconic ballroom steps to pick up our award.

So now we are winners of the Employer for the Future – an accolade that recognises mac’s origins, our current success and our future trajectory. Onwards and upwards I say and we don’t mind how big it is; it can be titanic even, and if needs must we WILL build it on rock and roll! 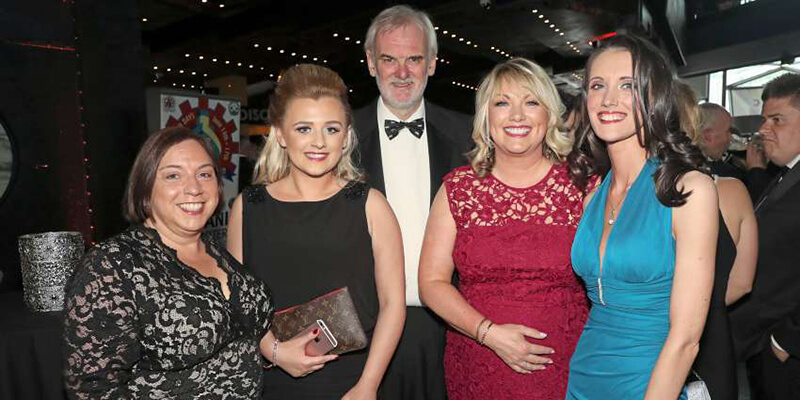